SALUTE THAT SOLDIER (ON DUTY LOC) 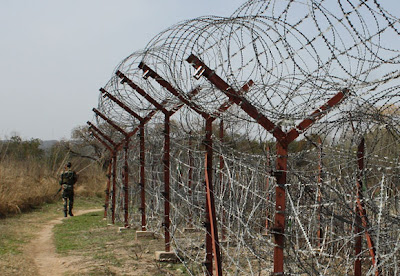 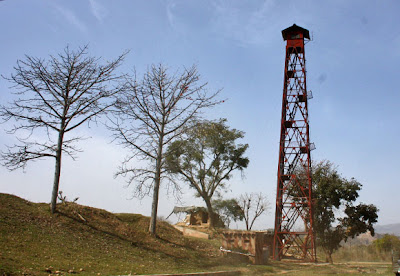 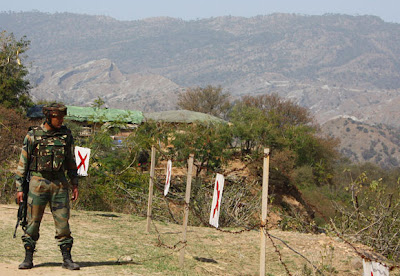 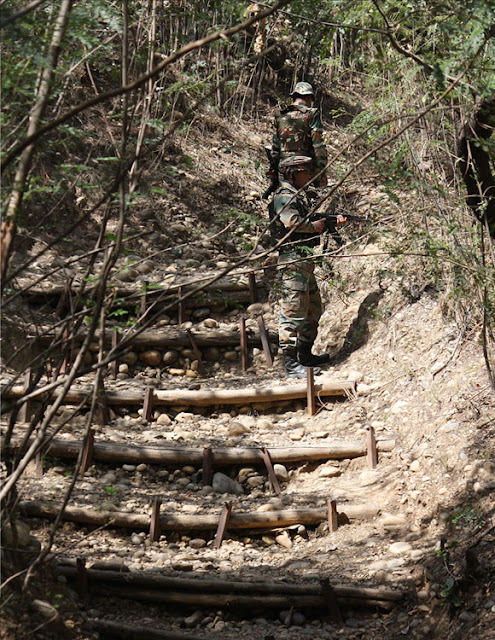 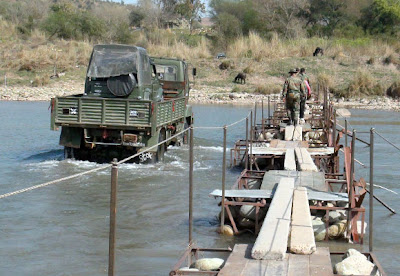 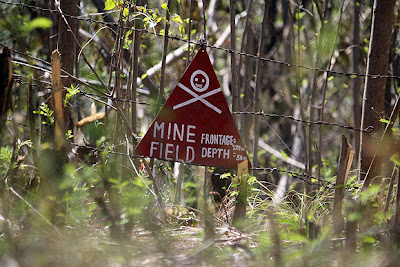 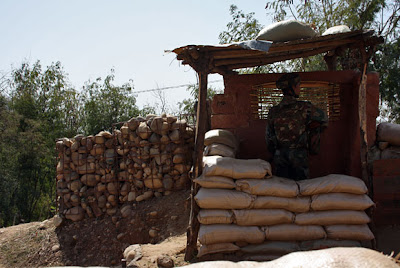 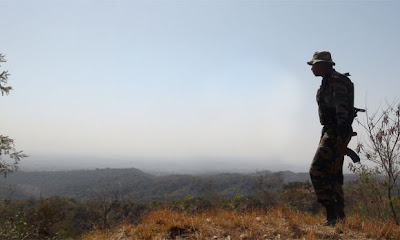 PLEASE CLICK HERE TO VIEW COMPLETE AND DETAILED NARRATIVES ON EACH OF THE ABOVE PHOTOS
(SOURCE - REDIFF MAIL)
Posted by GaviniVN at 9:20 PM No comments:

EVERY PROBLEM HAS MORE THAN ONE SOLUTION

Please CLICK HERE to see the AMAZING AND INSPIRING VIDEO.

IMPORTANT ISSUES FOR INFO OF VETERANS

PLEASE CLICK HERE FOR CIRCULAR ON ISSUE OF DUPLICATE PPO

Posted by GaviniVN at 3:03 PM No comments:

The statistics of All India Consumer Price Index for Industrial Workers (AICPIN-IW) is increased on account of the proportionate rise in twele-month as of December 2011, regarding the additional DA to be announced from 1.1.2012, which is based on the price rise from July 2011 to Dec 2011 in about 70 selected areas throughout India. These calculation are done by the Labour Ministry and it was sent to the Finance Ministry and discussed in the meeting of the Cabinet Ministers. The decision is expected to be finalised in the next meeting.

DA from 1.1.2012 may increase 7% form the existing rate is expected. Now all the Central Government employees and pensioners are getting 58% from their basic pay (Pan in the pay band + Grade Pay), it will become as 65% from 1.1.2012. The minimum of the enhanced amount of DA will be Rs.500 to the existing employees.

After the final decision is taken from the Cabinet Committee, order will be issued by the Finance Ministry in the end of this month and the DA for the month of March will be included in the salary and the previous two month’s DA will be paid as arrears in the month of April 2012.

Excellent article by an IAS officer on "INDIAN ARMY"---We need a permanent solution to this tussle over emoluments so that the armed forces need only confront the enemies of the nation, says T.R.Ramaswami IAS

In the continuing debate on pay scales for the armed forces, there has to be a serious and transparent effort to ensure that the country is not faced with an unnecessary civil-military confrontation.That effort will have to come from the netas, who are the real and true bosses of the armed forces and not the civil bureaucracy. A solution may lie in what follows. This country requires the best armed forces, the best police and the best civil service. In fact that is what the British ensured.. By best one means that a person chooses which service he wants as per his desires/capabilities and not based on the vast differential in prospects in the various services.

How much differential is there?

Take Maharashtra, one of the most parsimonious with police ranks thus still retaining some merit -The 1981 IPS batch have become 3-star generals, the 1987 are 2-star and the 1994 1-star.

In the army the corresponding years are 1972, 1975, 1979. ie a differential of 10-15 years. While the differential is more with the IAS, the variance with the IPS is all the more glaring because both are uniformed services and the grades are "visible" on the shoulders.

First some general aspects. Only the armed forces are a real profession, ie where you rise to the top only by joining at the bottom. We have had professors of economics become Finance Secretaries or even Governors of RBI. We have any number of MBBSs,engineers, MBAs, in the police force though what their qualifications lend to their jobs is a moot point. You can join at any level in the civil service, except Cabinet Secretary. A civil servant can move from Animal Husbandry to Civil Aviation to Fertilisers to Steel to yes, unfortunately, even to Defence. But the army never asks for Brigade Commanders or a Commandant of the Army War College or even Director General Military Intelligence, even from RAW or IB. Army officers can and have moved into organizations like IB and RAW but it is never the other way round. MBBS and Law graduates are only in the Medical or JAG Corps and do nothing beyond their narrow areas. Every Army Chief - in any army - has risen from being a commander of a platoon to company to battalion to brigade to division to corps to army.In fact the professionalism is so intense that no non-armoured corps officer ever commands an armoured formation , first and possibly only exception in world military history is General K. Sunderji.Perhaps it is this outstanding professionalism that irks the civil services.

Next, one must note the rigidity and steep pyramid of the army's rank structure. In the civil services any post is fungible with any grade based on political expediency and the desires of the service. For example I know of one case where one department downgraded one post in another state and up-graded one in Mumbai just to enable someone continue in Mumbai after promotion!

You can't fool around like this in the armed forces. A very good Brigadier cannot be made a Major-General and continue as brigade commander. There has to be a clear vacancy for a Major General and even then there may be others better than him. Further the top five ranks in the army comprise only 10% of the officer strength. Contrast this with the civil services where entire batches become Joint Secretaries.

Even the meaning of the word "merit" is vastly different in the army and the civil services. Some years back an officer of the Maharashtra cadre claimed that he should be the Chief Secretary as he was first in the merit list.Which merit list? At the time of entry more than 35 years before! The fact is that this is how merit is decided in the IAS and IPS. Every time a batch gets promoted the inter-se merit is still retained as at the time of entry. In other words if you are first in a batch at the time of entry, then as long as you get promoted, you continue to remain first! This is like someone in the army claiming that he should become chief because he got the Sword of Honour at the IMA. Even a Param Vir Chakra does not count for promotion, assuming that you are still alive. In the armed forces, merit is a continuous process - each time a batch is promoted the merit list is redrawn according to your performance in all the previous assignments with additional weightage given not only to the last one but also to your suitability for the next one.Thus if you are a Brigade Commander and found fit to become a Major General, you may not get a division because others have been found better to head a division. That effectively puts an end to your promotion to Lt. General.The compensation package must therefore address all the above issues. In each service, anyone must get the same total compensation by the time he reaches the 'mode rank' of his service. "Mode" is a statistical term it is the value where the maximum number of variables fall.

In the IAS normally everyone reaches Director and in the IPS it is DIG. In the army, given the aforementioned rank and grade rigidities and pyramidical structure, the mode rank cannot exceed Colonel. Thus a Colonel's gross career earnings (not salary scales alone) must be at par with that of a Director. But remember that a Colonel retires at 54, but every babu from peon to Secretary at 60 regardless of performance.Further, it takes 18-20 years to become a Colonel whereas in that time an IAS officer reaches the next higher grade of Joint Secretary, which is considered equal to a Major General.These aspects and others - like postings in non-family stations - must be addressed while fixing the overall pay scales of Colonel and below. Thereafter a Brigadier will be made equal to a Joint Secretary, a Major-General to an Additional Secretary and a Lt. General to a Secretary. The Army Commanders deserve a new rank -Colonel General - and should be above a Secretary but below Cabinet Secretary. The equalization takes place at the level of Cabinet Secretary and Army Chief.

If this is financially a problem I have another solution. Without increasing the armed forces' scales, reduce the scales of the IAS and IPS till they too have 20% shortage.

Even India 's corruption index will go down.

If the above is accepted in principle, there is a good case to review the number of posts above Colonel. Senior ranks in the armed forces have become devalued with more and more posts being created.But the same pruning exercise is necessary in the IAS and more so inthe IPS, where Directors General in some states are re-writing police manuals eg one is doing Volume I and another Volume II!

Further the civil services have such facilities as "compulsory wait" ie basically a picnic at taxpayers cost. And if you are not promoted or posted where you don't want to go they seem able to take off on leave with much ease. In the army you will be court-martialled. Also find out how many are on study leave. The country cannot afford this.

Let not someone say that the IAS and IPS exams are tougher and hence the quality of the officers better. An exam at the age of 24 has to be tougher than one at the age of 16. The taxpaying citizen is not interested in your essay/note writing capabilities or whether you know Cleopatra's grandfather.

As a citizen I always see the army being called to hold the pants of the civil services and the police and never the other way round. That's enough proof as to who is really more capable. Also recall the insensitive statements made by the IG Meerut in the Aarushi case and the Home Secretary after the blasts. Further, when the IAS and IPS hopefuls are sleeping, eating and studying, their school mates, who have joined the army, stand vigil on the borders to make it possible for them to do so. Remember that the armed forces can only fight for above the table pay. They can never compete with the civil services and definitely not with the police for the under the table variety.

Finally, there is one supreme national necessity. The political class, not the bureaucracy - which represents the real civil supremacy better become more savvy on matters relating to the armed forces. Till then they are at the mercy of the civil service, who frequently play their own little war games. At ministerial level there are some very specialized departments eg Finance, Railways,Security (Home), Foreign and Defence, where split second decisions are necessary. It is always possible to find netas savvy in finance, foreign relations and railways. Security has been addressed in getting a former IPS officer as NSA at the level of a MoS.Is it time that a professional is also brought into the Defence Ministry as MoS? The sooner the better. In fact this will be better than a CoDS because the armed forces will have someone not constrained by the Army Act or Article 33 of the Constitution.Of course the loudest howls will come from the babus. The netas must realize that a divide and rule policy cannot work where the country's security is concerned. Recall 1962?

Our army, already engaged in activities not core to their functions, including rescuing babies from borewells, should not have to engage in civil wars over their pay scales. I only hope our defence minister or anyone who would take a reasonable stand for defence forces ever gets to see this article. 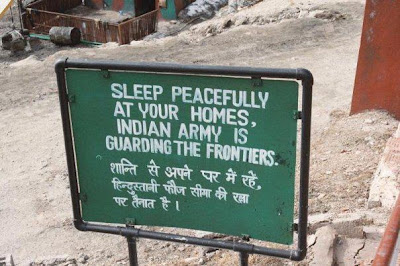