The Ministry of Home Affairs (MHA) has fully implemented the Dynamic Assured Career Progression (DACP) scheme for doctors of the central armed police forces with effect from October 29, 2008, after court orders.
It implies time-bound promotion and entry to new pay scales.
After a cabinet approval in 2008, the DACP was ordered to be implemented for all medical and dental doctors serving under all departments and ministries of the central government.
The time-bound pay progression was to be till the grade pay of Rs. 10,000 as applicable to joint secretary to the union government.
While all departments implemented the scheme smoothly, the MHA and the Ministry of Defence (MoD) refused to for their uniformed combatised doctors on the pretext that it would lead to hierarchical problems.
There was also resistance from the senior officers at the army headquarters, who cited similar problems and opined that the doctors should not be paid more than the army officers of same rank.
Later, the Andhra Pradesh high court directed the MHA to implement the scheme for paramilitary doctors; and the Chandigarh bench of Ar med Forces Tribunal (AFT) comprising justice Ghanshyam Prashad and lieutenant general HS Panag (retd) directed the MoD to implement it for Army Medical Corps (AMC) doctors.
The Supreme Court, later, upheld the AFT decision. While the MHA implemented the scheme promptly for paramilitary doctors, it did so only with effect from July 30, 2013.
However, now it has issued a circular based on the Andhra Pradesh high court judgment and made the scheme applicable from 2008, from the date it was implemented for all other government doctors.
The MoD, however, in spite of the Supreme Court decision, is yet to implement the DACP for military doctors; and the AFT now has directed the joint secretary concerned to be present in court with a detailed affidavit, in case the orders are not carried out.
(Source- Bhartesh Singh Thakur, Hindustan Times  Chandigarh, May 26, 2014)
Posted by GaviniVN at 11:50 AM 1 comment: Links to this post 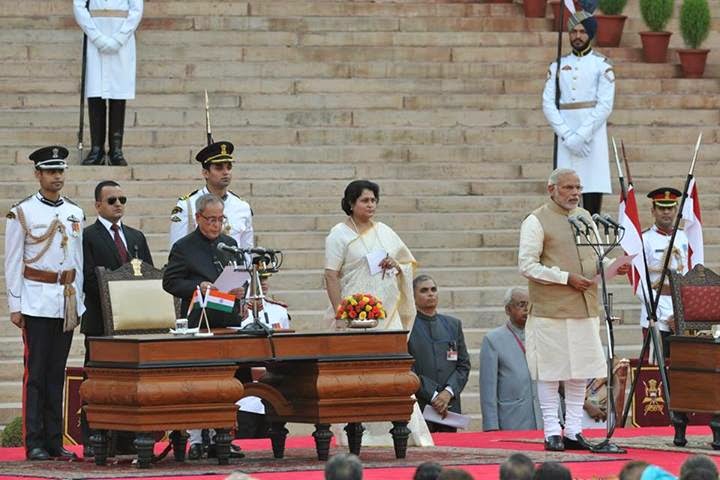 ALLOCATION OF PORTFOLIOS
Government of India
President's Secretariat
27-May-2014 09:31 IST

The President of India, as advised by the Prime Minister, has directed the allocation of portfolios among the following members of the Union Council of Ministers :-

Source: PIB
Posted by GaviniVN at 11:34 AM No comments: Links to this post 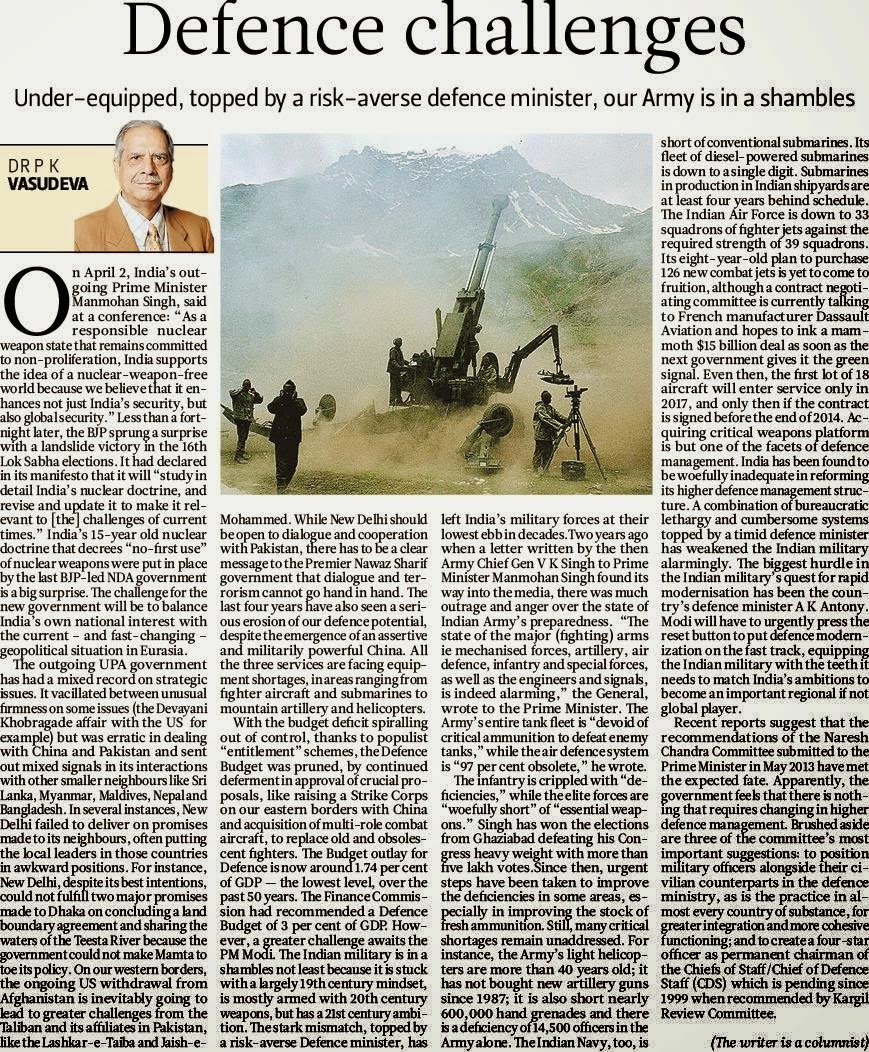 Posted by GaviniVN at 7:02 PM No comments: Links to this post 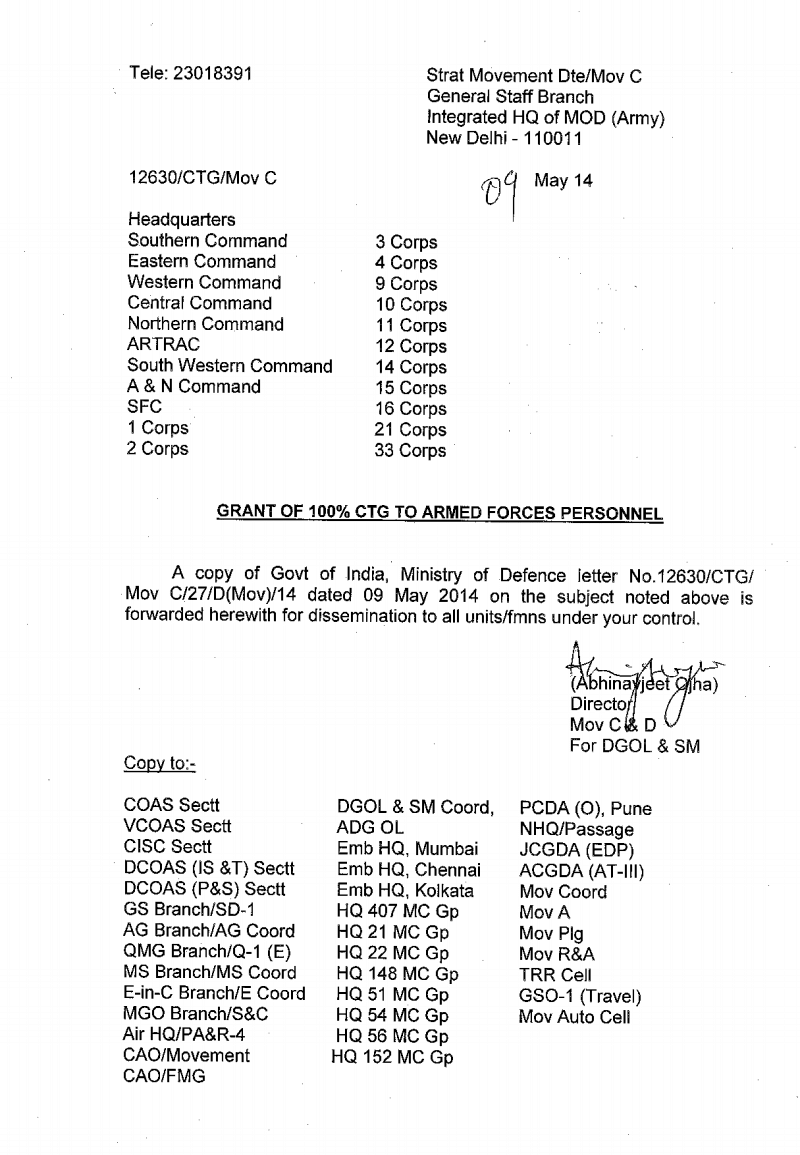 Posted by GaviniVN at 7:02 PM No comments: Links to this post

Posted by GaviniVN at 10:46 AM 2 comments: Links to this post