Opinion: No country for old soldiers - Analysis Published on- May 15, 2014 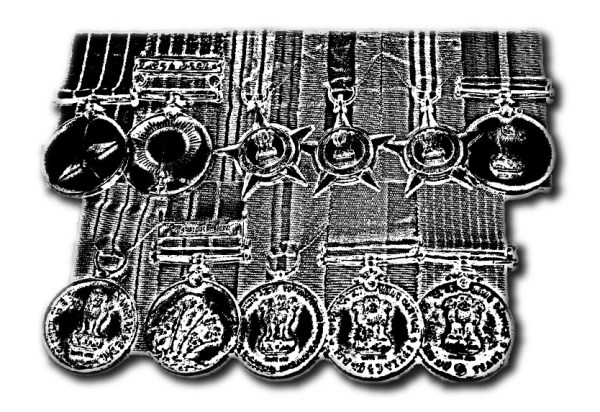 Major Navdeep Singh is a practicing Advocate in the Punjab & Haryana High Court and the Armed Forces Tribunal. He was also the founding President of the Armed Forces Tribunal Bar Association. He is a Member of the International Society for Military Law and the Law of War at Brussels. He writes extensively at www.IndianMilitary.info and tweets under the handle @SinghNavdeep.
Newest | Oldest | Top Comments

Not only is it not a country for old soldiers, it is not one for soldiers altogether - old or young. The society simply refuses to give the soldier his due. Their retort is 'Don't you get paid?' My experience has been (now I have 14 years post retirement life) that there is really no retort either - Indians simply don't care. I have yet to come across a parent of a martyr who says unhesitatingly- 'I am glad the way the country has acknowledged my son's martyrdom.' Not one. All of them have some complaint or the other.
We can't, and shouldn't, blame the government for it. The government will do what their voters force them to. Recently, US president took the unhappy decision of releasing 5 hardcore, high profile Taliban fighters just to secure release on one American Sgt, PW in Afghanistan. This was the result of the pressure of people. Indians are simply incapable of exerting such a pressure. In short, they don't care.
So why should you? Why die for the ungrateful and the undeserving.
Those who still decide to die should have no reason to crib.
Your call.
Col Alok Asthana (retired)

Maj Navdeep Singh deserves a round of applause for highlighting the plight of disabled soldiers. It is a crying shame that the nation can spend hundreds of crores on celebrating Republic Day and Independence Day every year, but cannot ensure a dignified life for the guardians of the republic.
Gratitude is not the best of virtues Indians are known for. This is a nation that sheds no tears for its soldiers. It is a nation that assumes that soldiers are meant to die for them and Police force are all corrupt and criminals in uniform. If they are killed –no big deal ! Prehaps the following lines were meant particularly for Indian context.
God and the soldier all men adore, In time of danger and not before;When the danger is passed and all things rightedGodisforgottenandthesoldier isslighted
-Francis Quarles’
Govt has cheated the armed forces time and again whether it is one rank one pension orpay fixation by pay commission or the seniority protocol. There has been a deliberate attempt by bureaucrat-politician nexus to ignore the services.
Think of the Med treatment facilities for ex-servicemen. When I joined army in 1972, free medical treatment for self and dependents was one of the benefits admissible after retirement. When I retired, the rules had changed. We were asked to pay a lump sum amount as contribution for ECHS. Now even this ECHS facility is not available at many places. Often the private hospitals empanelled with ECHS refuse to accept ECHS patients because of delayed payments. Compare this with other services. Railways and Air India provide not only med care but also travel facilities, life long.
It is ironical that bureaucrats & their families can go for treatment to America or Europe at public expense and spend millions but a disabled soldier cannot be given a meagre disability pension of a couple of thousand to live a life of dignity.
It is not only the bureaucrats, our service officers are also to be blamed. Often the problems come updue to their ignorance or indifference. While in service, they are bothered so much about their own perks, privileges and promotions that they have hardly any time or concern for those retired. They forget that they too would retire one day and join the same crowd.
The context reminds me of a story told by late Shri Harish Sarin, Indian Ambassador to Nepal in 1983.The occasion was a dinner in his honour during his visit to Pokhara where I was posted at that time. Somehow the topic of field / operational area allowance for armed forces came up and we officersvoiced our concern that Rs 150/month was a rather bad joke. To that Ambassador Sarin said ,”But surely you can’t blame the government for that. If at all somebody is to be blamed, it is your army top brass.” Seeing us puzzled he explained smilingly. He was the defence secretary when the issue of operational area allowance was being considered. He said, “We in the ministry were thinking that army would ask for something like Rs. 1500-1800/ month. We would offer them Rs. 700-800/month and by bargaining we would be able to settle it at Rs 1000-1200/month. He said “We were shocked when they asked for a paltry Rs. 150/month. We gladly accepted that.”

I am convinced that those who take risks for India, make a serious mistake. More than merely ungrateful, we are totally apathetic to the needs of those we set up to take the ultimate risks on our behalf. We pay our taxes, so some men could be hired to die on our behalf. Why die for such businessmen? No wonder, anybody and everybody who eyed India, succeeded. Who is having the last laugh?

@SinghNavdeep I know u do, my pt is folks (most faujis) give the impression that its all making of civilian babus!

@rwac48 Don't need to read the article to know that our government treats soldiers shabbily. Hopefully things will change now.

@rwac48 good morning sir. Though I am more hopeful now but will still need to keep pressure on

@ForcesFocus @rwac48 @StratPost Good article. Well researched and every bit true. But please remember that every job has its negatives.

@rwac48 very good article sir. reminded the story of Paan Singh Tomar-made into movie. Thought the situation was better now, but seems not.

@rwac48 wow.. thats great sir. I was really in tears watching that movie. Hope v keep producing more such movies/series just like in the US

@rwac48 Good morning Sir, the next RM is going to be a career politician only.

@rwac48 Sir, do u think Gen VK as RM will work given his relationship with DSS and DefMin bureaucracy?

@IQnEQ Depends upon the future PM.In my view RM will be died in wool politician!

@rwac48 but if RM is the dude from GZB, his priority would be to remove Gen Suhag by hook and crook.

@Individualist_ @sunpandey And u do not preach to us either.When u were not even born I was doing duty for the nation in 71!

@rwac48 Sir with huge respect,always irrespective, AAP is not a good company. @Individualist_

@sunpandey @Individualist_ Normal refrain of those who support a different view point.

@sunpandey @Individualist_ Can say same about dispensation u support.U have the mandate today-reform the system!

@rwac48 You can say BJP is anti-national and back it up with materials? Please try! I can do that for AAP@sunpandey

@rwac48 And this is what it has culminated into? Hollow arguments don't take away from the fact of the day! @sunpandey

@krishnakacker @SinghNavdeep @KishoreAsthana MMS along wid his lobby in MOD did his best to ruin dis organization, sorry bt he was myopic

@krishnakacker @ColonelSingh @SinghNavdeep indeed the thought in every knowing mind of loyal, patriotic citizens who served the nation.

@SinghNavdeep new govt must be vv compassionate towards them.

@bansalr Actually the efforts of @smritiirani for disabled soldiers have been quoted in the oped- stratpost.com/opinion-no-cou… @narendramodi

@SinghNavdeep Good job:I'm curious-how has AFT made thing easier? When MoD is invariably the respondent, shouldn't AFT be under the Law Min?

.@shivkunalverma The HC had directed placing AFT under law ministry on a PIL filed by me. The MoD has challenged the decision in the SC.

@SinghNavdeep I see. At present it almost seems like an additional obstacle put in place to delay and harass anyone seeking justice. Crazy!

@SinghNavdeep Indeed. In '12 had initiated a letter to the Prez vis disabled soldiers. 6 ex-chiefs signed with 1000 others. Didn't even ack.

@SinghNavdeep I agree. Independence of t judiciary is a jewel tht is keeping t faith in democracy..

@SinghNavdeep If the political mindset changes, all these babu induced problems will go away. It has to be nation first, always & everytime.

@shivkunalverma peer jealousy and military babus who wear uniform & are on the path of self-defeat & self-destruction also need to be tamed.

(SOURCE- STRATPOST)
Posted by GaviniVN at 1:32 PM 15 comments: Links to this post