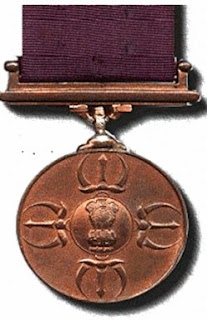 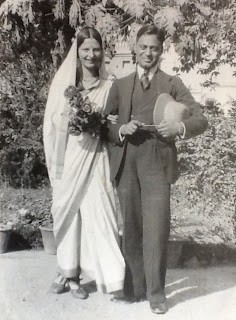 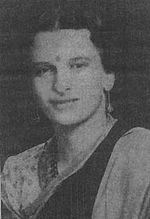 Savitri Khanolkar was born in Switzerland on 20th July 1913. Today is her birth centenary
By Ajai Shukla
Business Standard, 20th July 13
On Nov 3, 1947, Major Som Nath Sharma, leading a hundred infantrymen, fought to the death in a heroic last-ditch battle near Srinagar airfield against 700 Pathan tribal invaders from Pakistan. Sharma and his battalion, 4 Kumaon, had flown in from New Delhi just in time to hold off the invaders who were closing in on the airfield, Kashmir’s lifeline.

Sharma’s dogged resistance won the time to fly in more soldiers, save Srinagar, and eventually win back the Kashmir valley for India. He is famous as the winner of India’s first Param Vir Chakra (PVC), its highest gallantry award.
Less known is that the PVC did not exist when Sharma made his stirring last stand. It was instituted only on Jan 26, 1950, having been designed by a Hungarian-Russian woman who was born Yvonne Maday de Maros in Neuchâtel, Switzerland. In 1932, 19-year-old Yvonne ran away to India to marry an army officer, Vikram Khanolkar, who she had met and fallen in love with whilst he was training in the UK. In love also with the spirituality of India, Yvonne became an Indian, adopted the name of Savitri Bai, immersed herself in the Hindu scriptures and took a degree from Nalanda University. Soon after independence, the army’s Adjutant General, Major General Hiralal Atal, asked her to design the PVC medal.
Today is the birth centenary of Savitri Bai Khanolkar, who was born in Switzerland on July 20, 1913. It is also, by association, an anniversary for the PVC, an honour so rare that only 21 Indians have won it so far. Like Sharma, most of them gave up their lives, including legends like Major Shaitan Singh in Rezang La in 1962, 2nd Lieutenant Arun Khetarpal at Basantar in 1971 and Captain Vikram Batra in Kargil in 1999.
Faced with the challenge of creating an Indian version of the Victoria Cross --- the UK’s legendary gallantry award that was reputedly minted from Russian cannons captured during the Crimean War in 1855 --- Savitri turned to the Hindu scriptures. She chose the motif of Dadhichi, a Vedic rishi (sage) who made the ultimate sacrifice in the fight of good over evil. Asked by the Gods for help in overcoming a fearsome demon, Vrutrasur, Dadhichi gave up his body to let the Gods fashion a Vajra --- a deadly thunderbolt --- from his thighbone. Armed with this Vajra, Indra slew Vrutrasur.
Savitri designed for Major General Hiralal Atal a medal with a simple purple ribbon. Imprinted on the medal face are four replicas of Indra’s Vajra, reflecting Dadhichi’s sacrifice. Between the Vajras is embossed the Ashok lion state emblem. The medal is cast in bronze.
Major Som Nath Sharma, who won India’s first PVC, was Savitri Khanolkar’s daughter’s brother-in-law. He was awarded the medal retrospectively when it was instituted on India first Republic Day, along with the other four PVC awardees of the 1947-48 Kashmir war --- Lance Naik Karam Singh; 2nd Lieutenant RR Rane; Naik Jadunath Singh; and Havaldar Major Piru Singh Shekhawat.
Along with the PVC, Savitri Khanolkar also designed the Mahavir Chakra and the Vir Chakra, and the Ashok Chakra --- the highest peacetime gallantry award. In India’s official order of precedence, the PVC is second only to the Bharat Ratna.
Vikram Khanolkar eventually retired from the army as a major general. After his demise, Savitri became a nun of the Ramakrishna Mission, until her death in 1990.
(Posted by Broadsword at 09:44)
Posted by GaviniVN at 7:32 AM 1 comment: Links to this post

It is ironic that one of the biggest wars India ever fought was also the shortest.The 1971 war lasted just 13 days and led to the creation of a new country and a humiliating surrender for Pakistan.

With the turmoil in the then East Pakistan,the war was waiting to happen and when it began,it was with a bang from the air.In TOI,a three-deck,eight-column headline screamed: Pak planes bomb many airfields,Indian forces ordered to hit back,State of Emergency declared. What was to follow was carnage.The December 3 report said,Pakistani aircraft struck just before six this evening at Amritsar,Pathankot,Srinagar,Avantgipur and Uttarlai (in Barmer) airfields,thus opening hostilities with India... The Government of India has responded with a declaration of Emergency and an order to the armed forces to hit back hard.

As the Indian Army made rapid inroads into East Pakistan,TOI frontpaged a story headlined,More towns fall on the way to Dacca.The Calcutta dateline story by TOIs S Dharmarajan said,Liberation forces of the Indian Army,in their multi-pronged thrust towards Dacca,had by evening cleared the area east of the Meghna of the enemy and also blasted their way into Hilli,Mymensingh and the garrison town of Jamalpur.

A story on the same page said,Gunner bags five tanks.Gunner Naik Narbahadur Chhetri alone accounted for five of the six Pakistani T-59 tanks destroyed in Chhamb-Jaurian sector. The mood and gains of the war were reflected in some of the banner headlines in TOI.One headline said, Pak air power decimated while another said,Our troops on outskirts of Lahore. All of this culminated with the abdication of the regime in East Pakistan.Yahyas puppet regime in Dacca abdicates,screamed the TOI headline on December 15.Of course India had recognized Bangladesh on December 7 itself,the headline spelling Bangla and Desh as two words.

The war ended on December 16 and the official surrender document was signed the next day.

Twenty eight years later,Pakistan was at it again.TOI frontpaged a story headlined,Kargil intruders are Pak soldiers,declares army.The lead story on the same page was then PM Atal Bihari Vajpayees warning to Pakistan: Retreat or be kicked out,PM warns Pakistan.The report on the intrusion said,In a dramatic announcement,the Indian army on Monday identified the armed intruders in Kashmir as mainly Pakistani army regulars supported by a sprinkling of hired Mujahideen...

The Kargil war also witnessed some incidents of torture and mutilation of Indian soldiers,leading to national outrage.A TOI report dated June 11,said: A tale of barbarism by the Pakistani army was unfolded in the Kargil sector on Wednesday with the handing over of the bodies of six Indian soldiers in a disfigured and mutilated condition,some of them without even their vital parts.

One major victory for India was the taking of Tiger Hill,Pakistans most significant position.Indian Tricolour flies again at Tiger Hill,TOI said.Two months later,it was all over.Pakistan had begun withdrawing its troops,chastened by the world and delivered a tough message by India for its misadventure in Kargil.It was a resounding victory.

(Source-toi)
Posted by GaviniVN at 7:18 AM No comments: Links to this post 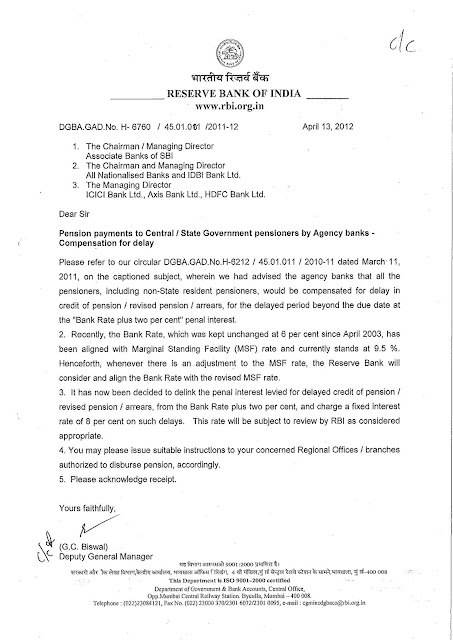