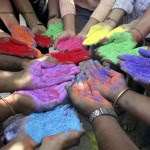 Posted by GaviniVN at 8:31 PM No comments: Links to this post

Although there was no military representative on the Committee, consultations were held with all the Service Chiefs by the Committee before finalizing the recommendations.

Four recommendations were made by the Committee on revision of pension/family pension of Armed Forces personnel. They are- One Rank One Pension - Bridging the gap in pensions, Enhancement of family pensions, Dual family pension and pension to physically/mentally challenged son/daughter of armed forces personnel on marriage. All the recommendations of the Committee, 2012 have been implemented by issue of eight Government letters on 17.1.2013. These are available on the websites www.desw.gov.in and www.cgda.nic.in.

This information was given by Minister of State for Defence Shri Jitendra Singh in a written reply to Dr. Chandan Mitra in Rajya Sabha today.
(Source-Press Information Bureau, Government of India, Ministry of Defence)
Posted by GaviniVN at 8:21 AM 16 comments: Links to this post