'One Rank, One Pension' Scheme to be Rolled Out Soon: Manohar Parrikar 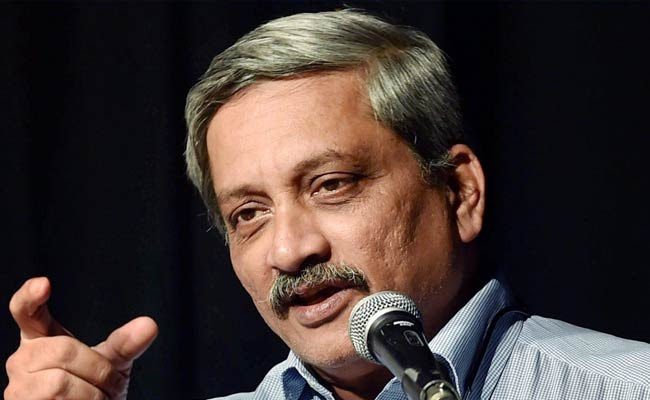 Defence Minister Manohar Parrikar speaking at an event on Friday. (Photo: Press Trust of India)
NEW DELHI: Defence Minister Manohar Parrikar on Sunday assured the ex-service      men   of early implementation of the 'one rank, one pension' scheme, saying that his Ministry  has fast-tracked the work on it.
The assurance came when a 27-member delegation of the ex-servicemen called on         Mr Parrikar at Kota House in New Delhi, his residence for the time-being. A rally was       also held here by the ex-servicemen, seeking early implementation of the scheme.
Defence sources said that Mr Parrikar assured the ex-servicemen of rolling it out at          the earliest. He said he is working hard on it and the Ministry will send its views to           the Finance Ministry by February 17.
Mr Parrikar underlined that there are a lot of calculations and complications involved       and he is working towards solving them. "I will do my work," he was quoted as telling       the delegation.
Maj Gen Satbir Singh (retd), Chairman of Indian Ex-Service Movement, said the         meeting with Mr Parrikar was "positive". He said that the Defence Minister has              given assurances to the delegation on four major issues relating to the scheme,         including "getting approval from the Finance Ministry before the Budget this month".

One rank, one pension scheme has been a long-standing demand of the over                     2 million ex-servicemen in the country. It seeks to ensure that a uniform pension is           paid to defence personnel who retire at the same rank with the same length of           service, irrespective of their date of retirement.