The new RM seems to be changing things for the better. See the latest order. Of course, much is yet to be done.

But, Rome was not built in a day, either!. 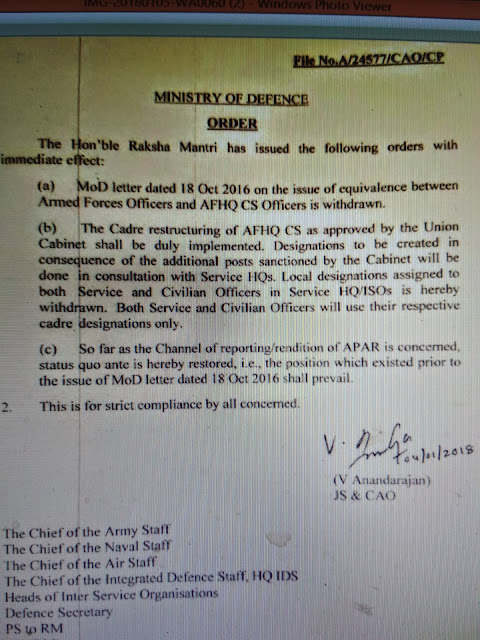 Raksha Mantri Smt Nirmala Sitharaman has issued the following orders with immediate effect:-
This is for strict compliance by all concerned.
NAo/Nampi/Rajib
(Release ID: 1515642) Visitor Counter : 1703