In an unprecedented step, Defence Minister Manohar Parrikar has set up a committee of experts to look into grievances related to service matters and pensions of Armed Forces personnel so as to initiate measures to minimise litigation and disputes in courts.

The orders for setting up the committee were signed by Parrikar yesterday. Consisting of five members, the committee will report directly to the Defence Minister and is mandated to submit its findings and recommendations within 60 days. The committee’s terms of reference include recommending broad institutional changes to mechanisms for redressal of grievances and holistically examine resolution of issues that have led to massive pending litigation.

According to sources, over 10,000 cases pertaining to service matters such as pay fixation, promotions, policy interpretation, pensions and military justice are pending before the Armed Forces Tribunal, the High Courts and the Supreme Court. 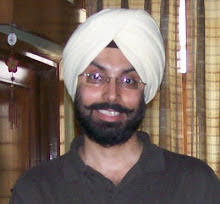 Terming it a historic progressive decision to bring comfort to serving and retired defence personnel, Major Navdeep Singh said formulating the committee was a watershed moment devoid of any political hues and in line with the Prime Minister’s directives that the government should be able to focus on the core functioning of its ministries and disputes should be resolved in-house so that aggrieved employees were not forced to approach the courts.

Ex-servicemen’s organisations have for long been calling for reduction in litigation, especially appeals initiated by the MoD against disabled soldiers in the past few years.

The CBI today carried out surprise checks at Indian Naval Hospital (INHS) in Mumbai’s Colaba and Armed Forces Medical Stores Depot in Kandivali after receiving information that drugs were being allegedly purchased in violation of the ‘Stock Policy’.

The action of the agency took place in coordination with Naval and Army authorities.

The CBI sources said they had received inputs that medicines were allegedly being procured from local dealers at exorbitant rates instead of purchasing these stocks at approved rates from contract dealers or original manufacturers in accordance with “Stock Policy”.

“The information also indicates that certain drugs are allegedly being procured in excess of the actual requirement and in violation of the ‘Stock Policy’, thereby leading to expiry of a large quantity of medicines,” an official said.

The sources said it was also alleged that expired medicines were being returned without realising the cost of the same from the local dealers.
— PTI