FREEDOM IS NOT FREE

It was 1971 and we were at war with Pakistan. I was a teenager — an army brat. One night my father told me that we were all going to the Lucknow  station to meet a train full of troops from the front; most of them would be wounded men and we going to give them food and boost their morale. They were on their way to military hospitals to be healed. 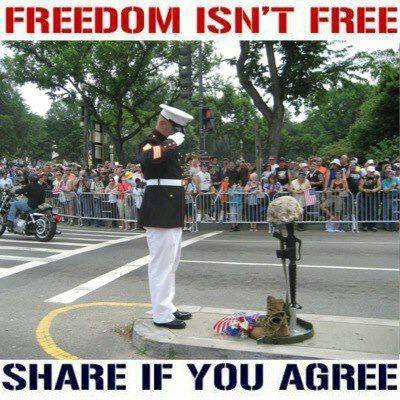 I recall it was nighttime and at the station food and water had been organized by the army. The train rolled slowly to the platform. I was nervous. What could I say to badly wounded men groaning in pain? Why was my father insisting I should go? I might not be able to take it and disappoint my father. My mother was also going along with other officers and their wives, so I felt a little braver.

When the train came to a stop I was handed some food and water and told to go into a compartment. Inside there were men of all ages and some boys a year or two older than me but there was no groaning even though some had shattered limbs and bandaged heads and faces.

I stammered out how I valued their sacrifice and they were heroes. They smiled back and said: “Beti our work is not finished. When can we go back to the front?”

I was stunned. I had never expected this reply. Not from badly wounded men who had been patched up in field hospitals and were now going for treatment to command hospitals. Some would have their limbs amputated, others would need months of operations to repair the deadly damage done by bombs and bullets and yet they wanted to go back to complete the job!

The enemy had broken their bodies but not their spirit.

Next day, my father asked me to start going to the hospital to write letters for those who could not write home because of their wounds. In one part of the hospital in intensive care I saw a young officer whose spine had been shattered and he was clinging onto life. He died a few days later. My parents and his parents were with him. He told them he had no regrets. Though he was completely paralyzed, for me he died standing up in his boots saluting the flag of our country.

In another room there were rows of beds with jawans who told me what to write to their young wives and parents. There letters home were upbeat and again the theme was; “We are being taken care off very well. But don’t expect us back soon as we have to go back and defeat the enemy.”

As days passed some of them got impatient and started asking me to talk to the   doctors to give them clearance to go back to the front. Their zeal and patriotism was stunning. I felt ashamed to be so whole and well and useless. When I asked the doctors about their queries, they told me that none of the men I was writing for would ever fight again they would have to be pensioned off. “But they are so young, I would argue. And you will make them fighting fit soon.”

Not fit enough to be soldiers I was told.

And here my wounded heroes were thinking they were going back to the army where they most wanted to be. What would the future hold for these men with their amazing spirit? Their life was the armed forces and they were wounded protecting us. What could the government do to make it alright?

In another room that was separated from the rest was a badly burnt young officer. His letters to his fiancé told her to forget about him as he was not the man she had known. He would be scarred for life. He never complained and was always grateful for my help in writing for him. His fiancé would write back and say she would marry him and no one else. That brought a smile to his face and I told him his scars would heal and he would be fit soon.

I can’t find a word  adequate enough to describe the kind of courage and their love for India, I saw day after day. All I knew was that I had grown up overnight and I would never forget the experience. I felt humbled and proud that we had men of such caliber defending our country.

Can our Prime Minister and our bureaucrats still debate One Rank One Pension?

(Ashali Varma, is a Freelance journalist Ashali Varma has authored the biography of her father late Lt. Gen. PS Bhagat —‘The Victoria Cross: A Love Story’.

(Source- Vasundhra blog)
Posted by GaviniVN at 11:26 AM