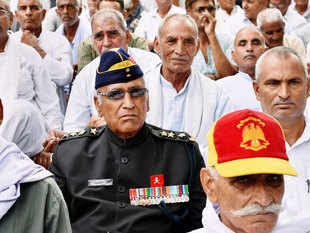 Members of the Mizoram Ex-Service League today took out a huge rally demanding implementation of the One Rank One Pension (OROP) scheme in the country.

The rally, held under tight security, was addressed by Z S Zuala, state Parliamentary Secretary for Home, who said OROP should be implemented by the Centre within a time-frame.

The Mizoram Ex-Service League has around 6,200 former soldiers as its members, besides over 25,000 ex-servicemen's wives and other family members.