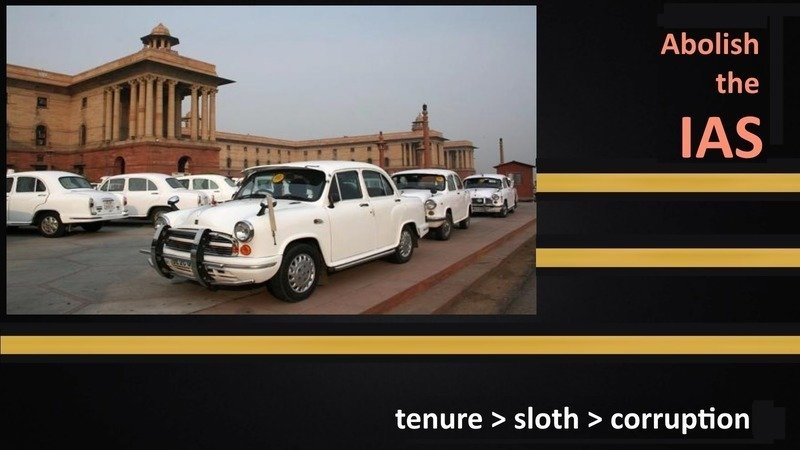 Continuing with the British imperial services was a wise decision in 1947. However, these services are fundamentally incapable of innovation and efficient delivery of the limited functions that a government should perform.
The only effective alternative to tenured, unaccountable, inefficient (and being poorly paid, often corrupt) services is market-based recruitment by the head of a department, with all senior roles being on contract. This would allow rapid intake of competent people into the civil services (from across the world, in some cases), and termination without recourse should there be either inefficiency, lack of innovation or (worse) corruption.
In the past, India has struggled through extreme forms of socialism which distorted production incentives and productivity. These distortions have somewhat alleviated after the liberalisation of 1991, although there is much more to do.
However, India remains fundamentally ill-equipped to deliver any public policy outcome or service. The biggest drag on India is the IAS and all-India services, as well as associated tenured civil services at the central and state levels. No private organisation will ever survive if tenure were promised. Tenure destroys all incentives that are useful to society.
We the undersigned call upon you to ask the Parliament - in your next address to the members - to replace India's unaccountable imperial model of administration with a responsive and accountable bureaucracy.
Indians are a wonderfully competent and innovative, but the Imperial system that we have chosen to impose on ourselves specialises in blocking innovation, competition and progress. Even those who are not corrupt in the IAS and tenured services mostly only care for self-aggrandisement, seeking a tenure in the World Bank or a sinecure as a Governor.
You should ask, on behalf of the people of India: Are we to ever grow up and become a free, independent nation, or are we be forever enslaved by civil servants accountable to none?
How is this change to be brought about? Details are provided in Sanjeev Sabhlok's book, Breaking Free of Nehru (http://bfn.sabhlokcity.com/) and in the Sone Ki Chidiya agenda (http://sonekichidiya.in/).
Note: Sanjeev Sabhlok joined the IAS in 1982 and resigned in January 2001, convinced that continuing in the service is a sure way to participate in the ruin of India. His 18 years experience in the IAS (and more than 14 years in the public service in Victoria, Australia) has convinced him that India is extremely ill-advised to continue with tenured civil services. There are much better models available across the world. But the IAS will never tell you, Mr. President, about them! You have to ask these questions on your own.

LETTER TO Head of State, India President of India