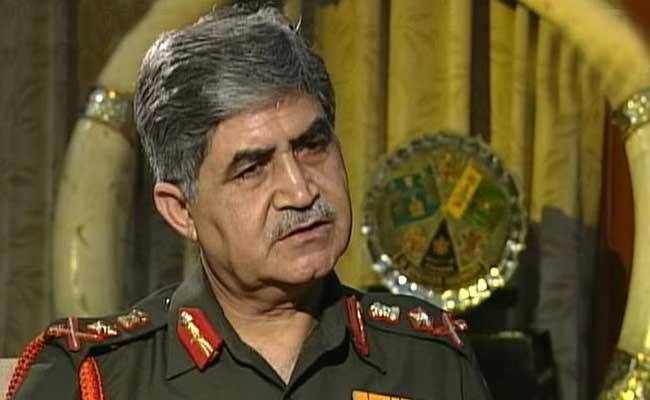 NEW DELHI:  General VP Malik, the Army Chief, who led India to victory during the Kargil War, was the Prime Minister's personal choice for mediating back-channel talks between the government and military veterans who are leading the protests for One Rank One Pension or OROP.

They say the pension for retired army officers and soldiers must be at par with what those of similar rank get now. Currently, there is a huge disparity, which means a junior officer who completes service now is entitled to a far heftier sum than someone several ranks senior, who retired earlier.

Highly-placed sources have confirmed to NDTV that General Malik, who now lives in Chandigarh, made a special trip to Delhi to serve as the liaison between the government and the soldiers community, which has been lobbying for OROP for 10 years, only to be fobbed off by first the Congress-led UPA and now the year-old BJP government. Sources say General Malik was initially reluctant to be drawn into the negotiations, but was prevailed upon by the Prime Minister's Office and senior retired Generals.

The secret talks hit a wall within 48 hours. General Malik, according to sources, threw his hands up and extricated himself from the role of mediator because the gap between the two sides was far too wide. The crux of the disagreement lies in which pension scales should be applied in compensating soldiers - the rates of 2011, which the government wants, or those of 2014, which are naturally higher, and the choice of the military community.

There is also vast disagreement between the two sides over the date of commencement of One Rank One Pension, which would decide which officers are entitled retroactively to benefits.

According to sources, General Malik, who declined to be interviewed for this story, left Delhi in two days, unable to create a consensus. Sources say the Ministry of Defence has already issued letters saying OROP would be based on pension scales from 2014, and any rollback in this position would be unpalatable to protesting veterans. Sources also confirm that the veterans offered a compromise -they said widows of soldiers could be compensated in cash, while those of JCOs and officers could be compensated in bonds. However, the talks could not reach any resolution.

Accepting the soldiers' demands on OROP and implementing the policy as mandated by the Supreme Court would cost the government 12,000 crores - 4,000 more than what's currently estimated. Sources say the difference could be unilaterally sanctioned by the PM, though it's unlikely that he will spell out the details in his Independence Day speech tomorrow.