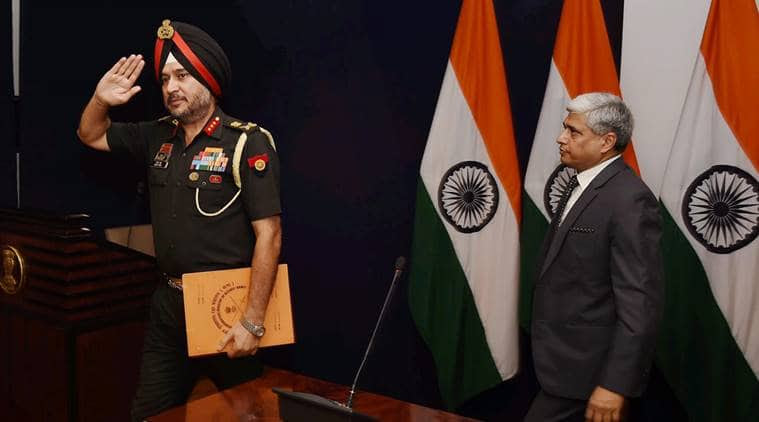 
As DGMO Lt Gen Ranbir Singh announced Indian Army’s surgical cross-border strike in Pakistan-occupied-Kashmir, where terrorist launchpads were targeted, Indian TV channels went over and above to reveal details of the operation, citing “top sources”. The official stance has been that the Army has eliminated threats along the Line of Control, where terrorists have positioned themselves to infiltrate across the border and carry out attacks in various metro cities. The DGMO announced that, during the counter terrorism operation, there were significant casualties on the other side. No official figures of the troops involved in the operation or how many terrorists were neutralised have been made public so far. This, however, lead to significant interpretation by the Indian media which reported contrasting facts and figures.

NDTV reported that the surgical strikes were carried out past midnight, when troops went 2 km deep into PoK. The arc of the operation was spread over 250 km, it claimed. Each terrorist launchpad reportedly had 30-40 terrorists, along with guides and other support elements. Sources told NDTV that the entire operation was a combination of ground forces and helicopter-borne para-commandos, and it was shot using a drone.

News18, on the other hand, claimed that there was no violation of Pakistan’s air space as troops were dropped off in a chopper on the Indian side of the LoC. It then went on to list down the terror groups targeted in the operation, which reportedly include Lashkar-e-Taiba, Hizbul Mujahideen and the Jaishe-e-Mohammed.

India Today was one of the few media outlets to put a number on the casualties. It claimed that 38 terrorists and Pakistani soldiers were killed by the Indian Army. Citing sources, it reported that para commandos were flown 2-3 km into PoK in Mi-17 choppers and they destroyed six terror camps.

Times Now, quoting sources, announced the highest battle figures among others. It reported that 35-40 to terrorists as well as nine Pakistani soldiers were killed in the surgical strikes.

Meanwhile, media outlets across the border have been reporting the official Pakistani stance. Rubbishing claims that India carried out strikes across the border, they took the line that two of its soldiers were killed in firing from the Indian side. It also claimed to have given a befitting reply to the ceasefire violation.